Skip to content
You are here: Home » Family Stories » A Mother’s Instinct 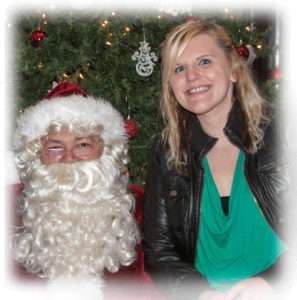 "I knew I needed to get a lot of rest and stay off of my feet as much as possible," said Shylo, "But I developed a blood clot and pneumonia just a few weeks later and had a really hard time breathing." As a result, Shylo went into full labor at just six months along. She was immediately transported by a Flight for Life helicopter to Sunrise Hospital in Las Vegas.

Baby John Alfred Taylor, named after his father and great grandfather, was born weighing just one pound, four ounces. His tiny heart stopped beating during birth and doctors had to revive him. Mom’s condition wasn’t much better. With a full blown case of pneumonia, Shylo wasn’t able to lay eyes on her newborn son until a week after he was born. "Honestly, I didn’t even know how to react when I first saw him," Shylo admits.

"I couldn’t hold him or even touch him, and I had to wear a mask. I look back at the whole experience now and think it was just surreal." Doctors told Shylo her baby boy was in extremely critical condition with a 60% chance of survival. He would face numerous surgeries and other medical procedures in the months ahead. "I knew I needed to be close by his side if he was going to make it." That’s when a family member told Shylo about the Ronald McDonald House® in Las Vegas. The House was just a few minutes away from Sunrise Hospital, and Shylo would not have to worry about paying for a motel, meals, or rides to and from the hospital.

Shylo and her boyfriend, Jonathan, checked into the Ronald McDonald House in July of 2012. "I was pretty shy and just kept to myself when I first arrived. I felt others might judge me, and I didn’t want to feel uncomfortable." But Shylo says she encountered nothing but immediate support from the staff and other families staying at the House. "Every single staff member was like a mother to me, and I made friends with some of the other moms who were staying at the House and coping with all the stress that comes with having a premature baby."

At one point during Shylo’s five-month stay at the Ronald House, there were 8 new moms with premature babies in the hospital at the same time. "They threw us a huge baby shower with gifts for each of us and our babies, a special cake and a raffle. It was really amazing!" When Baby John weighed a healthy 8 pounds and had rBaby Johneached all of his medical milestones, he was released from Sunrise Hospital. Mom, Dad, and baby John checked out of the Ronald McDonald House and are now back home in Bullhead City, Arizona, where the couple is planning their upcoming wedding. Shylo sent our staff this photo of Baby John to share with everyone who was so kind, caring and helpful during their stay.

"I never knew there were places like the Ronald McDonald House. It showed me the world isn’t this cold uncaring place. It made a huge impact in our lives and we really appreciated it."